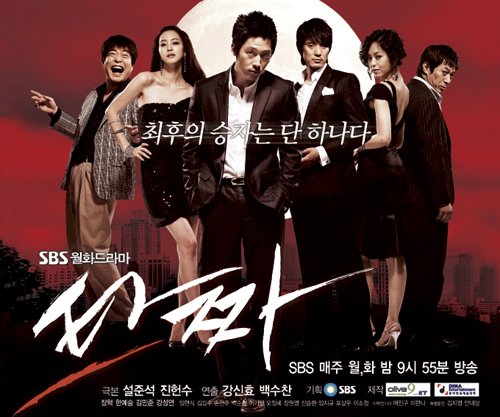 After watching Thank you, I decided I want to watch a bunch of Jang Hyuk dramas and movies. I think he’s a really great actor (and he’s incredibly sexy and adorable). I had a hard time deciding which Jang Hyuk drama I wanted to watch next. After reading up on various dramas, I decided to start with Tazza for my next Jang-Hyuk drama.

For those of you that really like romance, there’s still a romance story, but it’s not the main focus, however it does come into play. Jang Hyuk is in love with this girl he met as a child, and is reunited with her again when he’s a teenager, then again 3 years after that.

The plot line is complex, with many interesting character dynamics, secrets, intertwined relationships and ill fates.

Making the decision to watch this drama was stepping out of my drama watching comfort zone. I had been sticking to mainly romantic comedies lately, but from the dramas I’d researched from him they weren’t really very many.

I’m so glad I decided to give this drama a try. I’ve decided as well, that the genre doesn’t mater so much to me as long as there’s really good acting and a great script.

Go-Ni (Jang Hyuk) is seeking revenge on Kye Dong-Chun (Jang Won-Young) and wants to get back at him by becoming a great Tazza (High-roller, card hustler). Go-Ni lost all his mother’s money to Dong-Chun in a game of Go-stop while he was trying to help his friend Young-Min (Kim Min-Jun). He later seeks revenge against Ah-gwi (Kim Kap-Soo) who was responsible for his father’s death. Sadly, he finds out his closest friend Young-Min is responsible for many of his misfortunes, one of which being the death of his Uncle (his father’s best friend, Dae-ho played by Lee Ki-Young). He vows to get revenge on Young-Min as well, who as also becomes a Tazza. On top of all this, Go-Ni is in love with Nan-Suk  (Han Ye-Seul). Young-Min is also in love with Nan-Suk. Nan-Suk has been working as a Hustler to repay her brother’s debt. Her brother lost everything gambling against Young-Min. 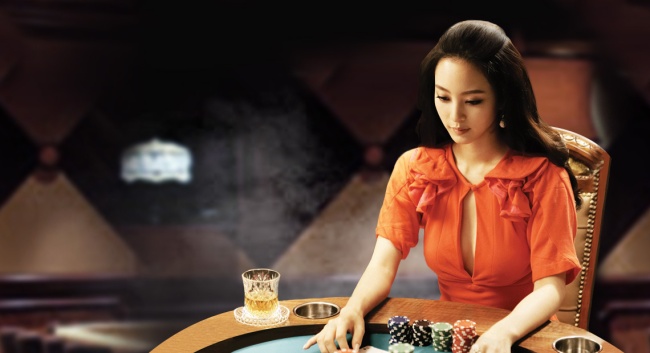 The cast in this drama was great. Not only was Jang Hyuk’s performance top notch, but there’s a really strong supporting cast in this drama. I really like the actor who plays Ah-gwi (Kim Kap-Soo). This man is a veteran acting pro. If you watch a lot of Kdramas, I’m sure you have seen him before, if not many times. 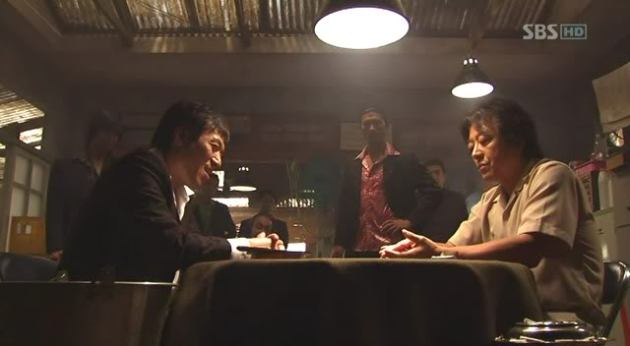 I also really liked his second hand man, Kye Dong-Chun played by Jang Won-Young. I didn’t like his roll in Miss Korea, and even though he still has a pretty horrible character in this drama, I cannot deny the fact that he is a really great actor.  I thought his character was interesting. He plays a villain who has apparent weaknesses, yet I had moments where I pitied him even though he’s a jerk (and I don’t really like him!).

Jang hyuk’s gambling buddy, Go Kwang-ryeol played by Son Hyun-Joo who was also in Coffee Prince was also really good in this drama. 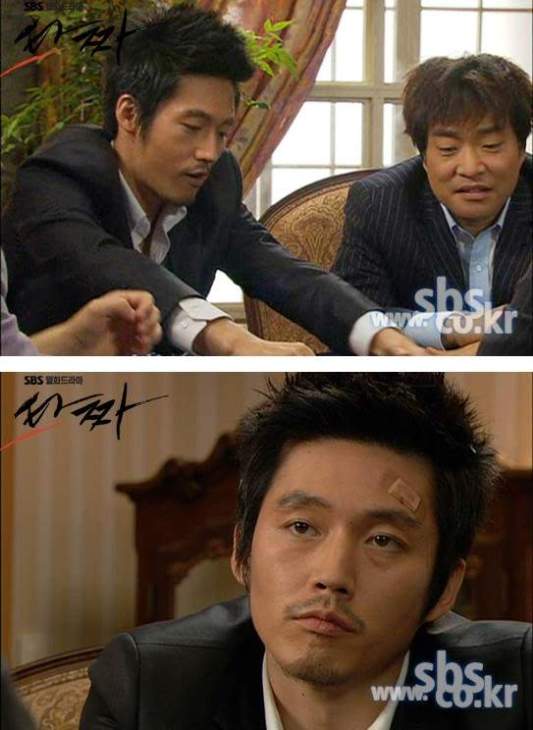 This drama has a lot of great action scenes and really interesting gambling scenes. I thought the card games they played with the Hwatu cards seemed really neat (now the questions is where to I get these!). I was at the edge at my seat sometimes wondering who was bluffing and who would win. What I also liked, is even though there are many high rollers in this drama, they don’t glorify gambling. The drama illustrates the many sides of gambling. The winning big, the losing everything and the fact that know matter how much you win, you will never satisfied. The lesson I took away from this drama is that greed breeds more greed, and revenge breeds more revenge. 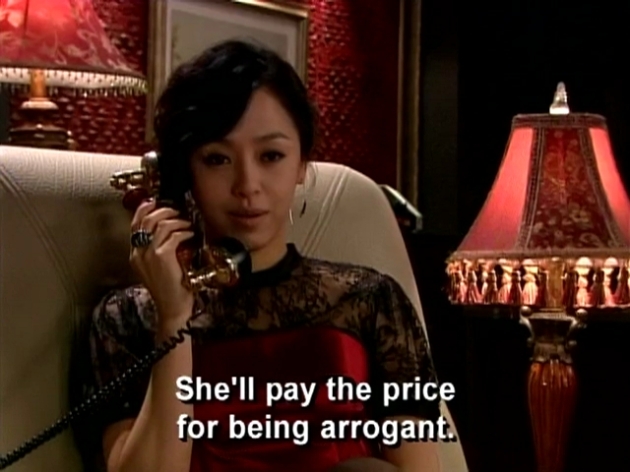 Jang Hyuk’s character is really interesting. He’s in many ways a bad ass, but with a great heart as he struggles to deal with a desire to get revenge. It’s really fun to watch his skills develop as a gambler as well. 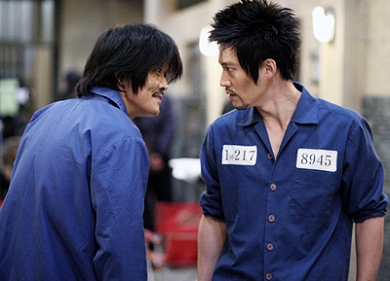 I can’t help it, I’m obsessed with him now. I really think he’s an extremely talented actor with great versatility. On top of that, he’s so unbelievably sexy. He not only has a great body, but he has the most adorable face and the best facial expressions. He cries a lot in this drama and his crying is so well done. There’s so much variety to his crying. I love how sometimes, he tries to hold back his tears but other times he can’t. You see him fighting the tears back as they roll down his face as he’s overcome with emotion. This, in my opinion takes some serious talent. Forget the eye drops here. When he cries you can tell he’s completely submerged into his character.

His portrayal of Go-Ni shows, love, compassion, feelings of revenge, hatred, greed, sorrow, impatience, sometimes patience, suffering, fear, remorse, gentleness and strength. So, as you can see, this character has many layers, and yet while watching, I completely loved him. Go-Ni can was often quite transparent wearing his heart on his sleeve. He does work on this, getting better at hiding his feeling as he tries to improve his gambling skills. 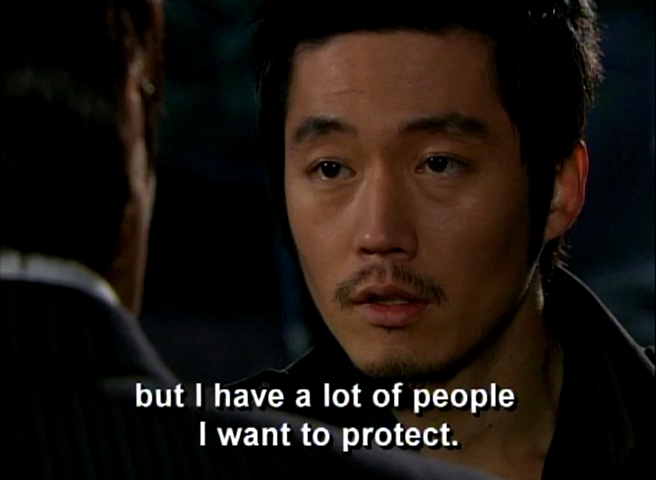 I was also rooting for him whenever he’d gamble. In some ways he reminded me of Jesse Pinkman from Breaking bad who was a really great person, but was caught up in a life that didn’t suit his pure, gentle, loving heart. 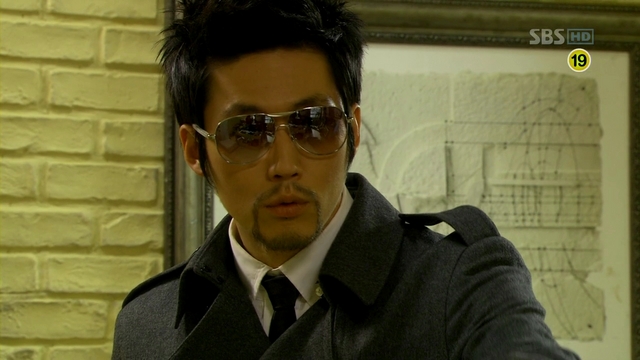 I really liked the intro and music in this drama. It really suited the drama well and had me dancing every time the intro game on.

This was an excellent drama that I really feel is worth watching. The acting was really good and the storyline keeps you interested as well as the intense gambling scenes. It was a little odd that Jang-Hyuk was supposed to be a high-school student, and then it shows him three years later. But despite the fact he played this role when he was really in his 30’s, I couldn’t imagine another person in this role. Also, His character goes through a lot, so it’s normal that he would have to grow up quickly and seem more mature. His fiery personality also makes him a little more believable as a man in his early 20’s. I kind of wished there were a few more Hwatu gambling scenes towards the end because I enjoyed them so much. I understand why they didn’t however. They became so good at hustling, they were doing it even outside of any gambling match.

The ending was really good and satisfying, and there was a lesson to be learned among-st the madness. 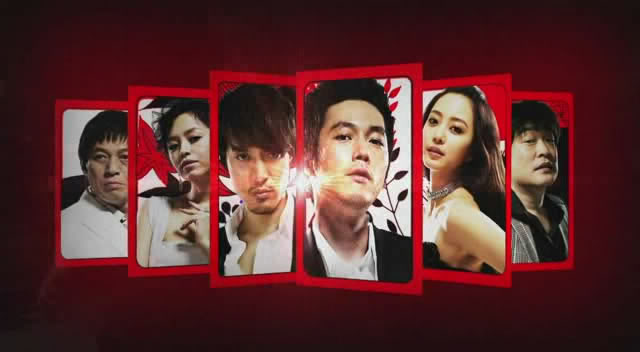